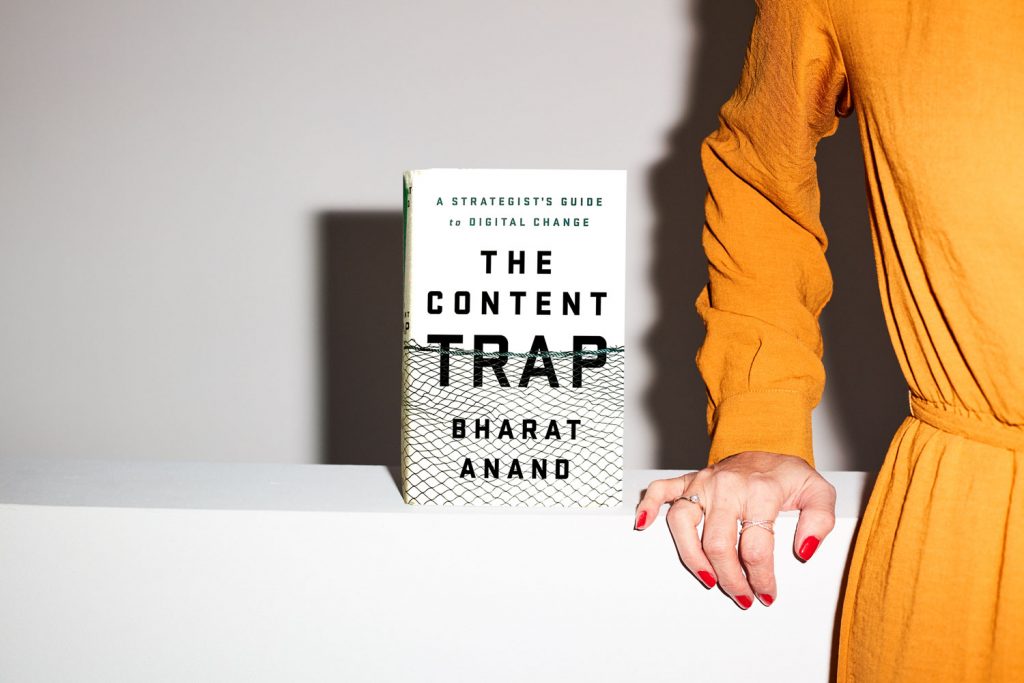 A gap in the thinking

Since the beginnings of my professional life I’ve had a number of bosses, founders of their own businesses most of them. And most of them were really admirable, with a vision and obsession. But thinking about the arguments I’ve been having with them, I’ve always had that notion that there was something huge setting us apart. Some elementary and contradictory way of how to do things that was causing resentment, misunderstandings and talk at cross purposes. Back then I thought it was a mere generation thing: the young versus the old.

Today I know it was more. It was a contrasting paradigm in our thinking. A fundamentally different world view. Recently, I found this paradigm perfectly analyzed and written down in a book: “The Content Trap” by Bharat Anand (Bharat is the Harvard Business School Professor of Strategy). This book was a recommendation of my friend G., whom I have known practically all my life and who, despite his clumsiness in his private life, is CEO of an internet corporation today.

This book is a revelation. It analyzes how the digital forces are profoundly affecting practically every aspect of our culture. It is packed with a whole range of insightful cases of companies and markets we’ve seen disrupted within the last couple of years: the music industry, newspapers, television and communication, just to name a few. The brilliant examples range from the New York Times to The Economist, from Chinese internet giant Tencent to Scandinavian digital trailblazer Schibsted.

Bharat basically claims that a large number of manufacturers, developers and entrepreneurs are caught in the Content Trap – their belief that it’s only the content, their product, – that mattered, and nothing else. And that therefore all they had to concentrate on and that would spur their business was the quality of the product. Which was actually what was driving me crazy all these years regarding my arguments with my former bosses: their quality obsession. Not wanting to get stuff out into the world until it was perfect. Sealing their business and product off with a protective attitude, not being an open platform but rather an isolated ivory tower. Sometimes even having the cranky habit of inventing the perfect product – and then hiding it in a drawer so that the outside world wouldn’t be able to smudge it.

Now is better than perfect

The mantra I – and a whole generation of fellow combatants – always set against this was right the opposite: „Now is better than perfect“, prototyping and betatesting and get stuff out as quickly as possible, to connect with the world and to get feedback, conducting a lively process in a lively and open atmosphere. Not serving the „guy at the end of the value chain“ (as Nilofer Merchant calls it), but co-creating with the audience. Ditch the old notion of perfectionism that was only paralyzing everything. Creating content to connect.

I always had the gut feeling that our thinking was right. But it’s reassuring somehow to find the meticulous, page-long report of a Harvard Business School professor that proves me right – and a whole generation of openminded, imperfect, driven digital thinkers as well.